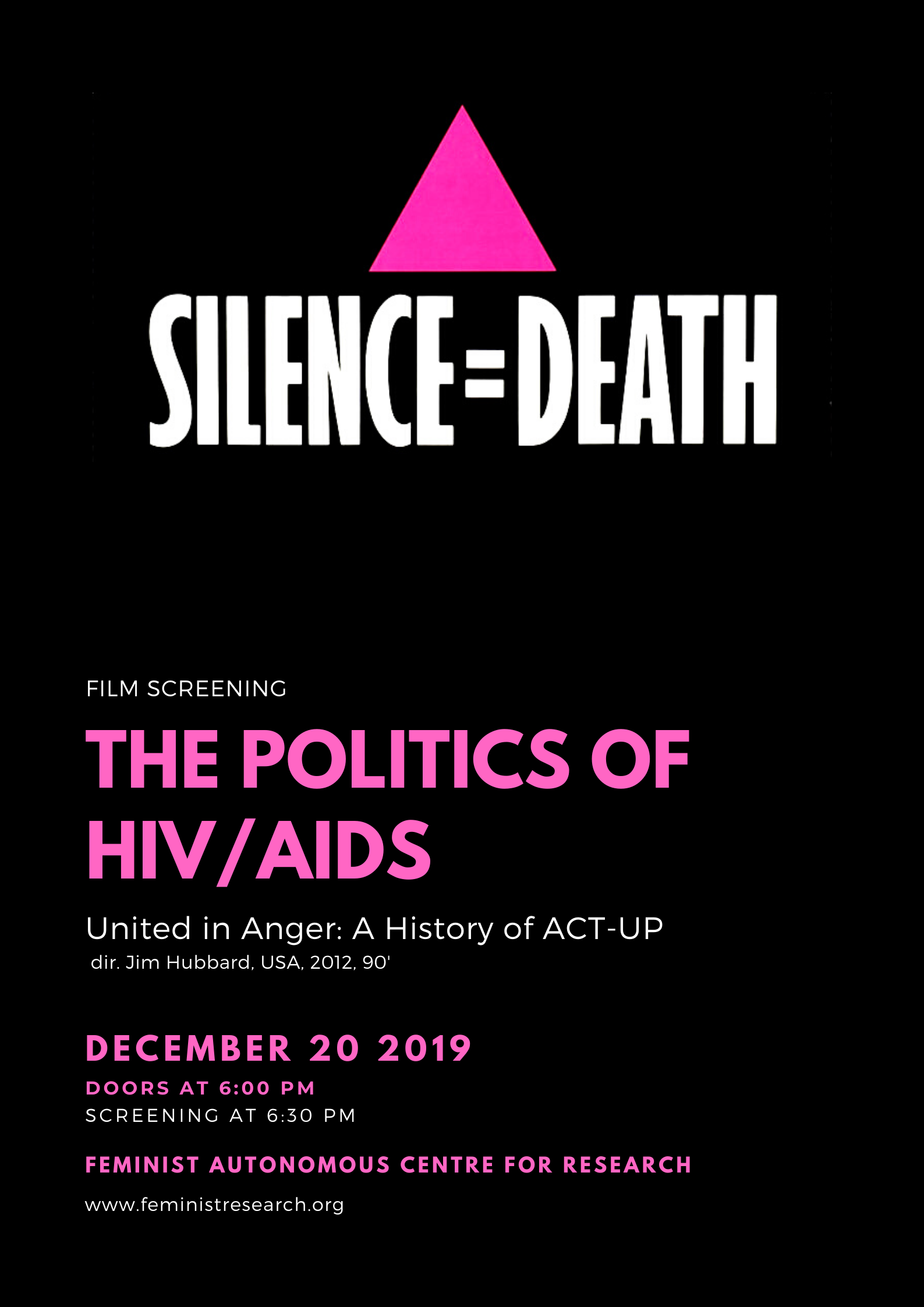 Film Screening: The Politics of HIV/AIDS

A screening of a film about the AIDS Coalition to Unleash Power, the coalitional movement that organised direct actions in response to the AIDS crisis in the 1980s and 1990s.

United in Anger: A History of ACT-UP
dir. Jim Hubbard, USA, 2012, 90′
United in Anger: A History of ACT UP is an inspiring documentary film about the AIDS activist movement from the perspective of the people in the trenches fighting the epidemic. Through oral histories of members of the ACT UP, as well as rare archival footage, the film depicts the efforts of ACT UP as it battles corporate greed, social indifference, and government neglect

Join us!
The screening is free, and open to all.

This site uses Akismet to reduce spam. Learn how your comment data is processed.

Any cookies that may not be particularly necessary for the website to function and is used specifically to collect user personal data via analytics, ads, other embedded contents are termed as non-necessary cookies. It is mandatory to procure user consent prior to running these cookies on your website.